Clownfish are very popular saltwater pets for many hobbyists. Nothing compares to the sight of your fish swimming happily within the sea anemones in your tank.

But cute as they may be, you may wonder if clownfish have teeth.

This interesting piece answers the question: do clownfish have teeth? It also discusses many other important concerns.

Do Clownfish Have Teeth?

Yes, they do. But they do not have regular teeth in their jaws like many other aquatic omnivores. They have what is known as pharyngeal teeth.

These types of teeth are lined in the pharyngeal arch of their throat. This is common with many other fish species lacking the regular teeth structures.

However, some species appear to have teeth right in their mouth seated on a very strong jaw, especially the larger ones!

What Do Clown Fish Do With Their Teeth?

Like many other aquatic creatures, clownfish use their teeth to respond to the changes in their immediate environment.

Although they do not have teeth like sharks and other big saltwater fish, their aggressive nature makes these small and sharp teeth effective in doing the little tasks they depend on them for.

Clownfish use their teeth for the following:

Clownfish are very territorial, using their teeth to guard their territory. They love to stay within sea anemones.

They enjoy a symbiotic relationship with their sea anemone, which is often called mutualism. The host anemone provides shelter, protection, and, sometimes, food since the clownfish nimble on leftover food particles from its host. And the clownfish appears like a weak prey to lure fish into the anemone.

It is not unusual to find clownfish already established in the tank attacking a newcomer for trying to invade their space.

They also bite to protect their eggs. This job to protect the eggs is usually carried out by the males. Although they are smaller than the females, the males will guard the eggs until they hatch.

They will bite anything and anyone that comes near the eggs. In the wild, they are usually fierce when they perform their guard duties because if they do a sloppy job, the female clownfish will leave them for other capable mates.

Although they are not the only fish known to communicate, one of the things they do with their teeth is to communicate with each other.

Do All Clownfish Bite?

All clownfish have teeth, and they bite. There are no such clownfish species if you are searching for a species that will spare your hands when you clean the tank.

But how aggressive they are and how often they bite varies with the species.

Are All Clownfish Aggressive?

It is difficult to find any clownfish that has absolutely no aggression. While some hobbyists may have clownfish that are not aggressive, their portrayal as non-aggressive in Finding Nemo is not accurate.

These fish are all aggressive and territorial but at varying degrees. The marrons, saddlebacks, and tomato clowns are some of the most aggressive types. These types will not hesitate to bite your hands and other fish that appear to be trespassing into their territory.

They will also attack if another clownfish tries to interfere with the relationship they are keeping with their breeding mate.

However, Ocellaris clownfish are reportedly the least aggressive clownfish. They are the right choices for pet owners that do not want to deal with the risk of clownfish biting.

Their bites are not usually more than a scrap. Clownfish bites don’t even hurt at all.

But if you keep a very big clownfish and it manages to sink its big teeth into your skin, it will hurt because those tiny teeth will feel like having many needles in your skin at once.

You can deal with the hurt by applying some ice to the injury. It is never a big deal, so the scratch should heal in a few days.

You can also wear gloves to avoid the bites.

How To Stop Clownfish From Biting

Give Them an Exclusive Tank

Clownfish love to have the tank to themselves. In the absence of any intruder, you will find harmony in your fish tank. You will typically find the pair stick with each other in peace, exploring the tank together in unison, and cleaning their space.

Use a Larger Community Tank

There are many reasons for your clownfish to be aggressive in the community tank. They may have to bite other aggressive fish to protect their territory, eggs, or partners.

There is hardly much room for your clownfish to mark out their territory in a small tank because confrontations with other tank mates are inevitable.

But in a large tank, clownfish bites will hardly be experienced because there will be enough room for the fish to swim around as they please, and the risk of confrontations will be minimal.

Do Clownfish Bite Each Other?

Clownfish bite to deter other clownfish from interfering with their love life. You will notice this, especially when you want to breed clownfish.

Clowns accept each other as pairs and will usually bite any other intruder as a warning that they cannot be part of their relationship.

Typically, the most prominent male among them turns into a female to breed clownfish. A mated pair will go about together in their exclusive relationship, so it is common to see the male attack other clownfish that try to interfere in their love life.

Dealing With Clownfish Bites During Cleaning

After getting a bite or two from their clownfish, some guys swear while trying to pick out some small chunks of uneaten feed. This does not mean that clownfish are cannibals. They see the hands as intruding into their private space, and this makes them “attack” the hands, as it were.

Wearing gloves does not prevent bites, but it reduces the chances of the bites hurting. Wear a pair of gloves before dipping your hands in the aquarium.

There are times when you would want to get in there and take out that piece of uneaten food without wearing gloves. You would be extremely lucky not to get bitten. But you are likely to experience the biting no matter how fast you may be.

These bites are often painful and may even give way to some blood, but there is no reason to fear as the bites are never too deep. They have very strong jaws, but their jaws are not strong enough to cause serious bites.

Clowns are a popular fish that do not require much effort to keep. However, a few things must be kept in mind when rearing them.

You want to use a large aquarium for a community tank so that everyone can have their territory and not feel the need to attack other tank mates.

If you are not keeping a community tank, you want to keep a pair: a male and a female, so that the chances of an interference with their relationship are limited.

And always remember that they do not like humans invading their space. Wear gloves to avoid their wrath when you invade their space to take out uneaten feed. Aquarium Labs was started by a group of friends who grew up with fish tank aquariums. Our love for having fish as pets has never ended. We joined forces to write about the topic and help others get started with their own aquariums! View all posts by aquariumlabs 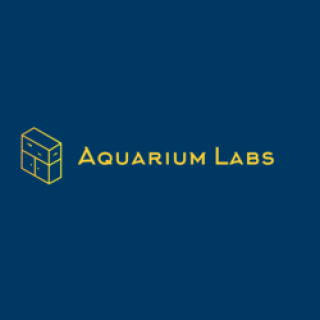 Aquarium Labs was started by a group of friends who grew up with fish tank aquariums. Our love for having fish as pets has never ended. We joined forces to write about the topic and help others get started with their own aquariums!